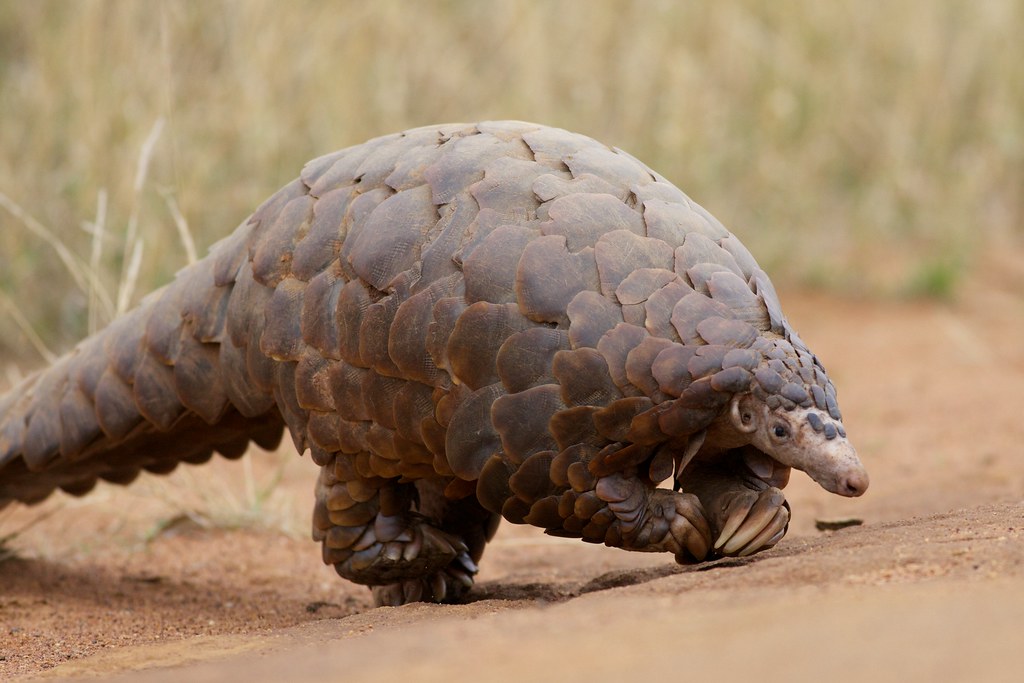 With the Global outcry focused on the plight of rhinos, spare a thought for the tiny Pangolin

Pangolins or scaly anteaters are tiny creatures (with one exception, the giant African ground pangolin) that look like they came straight from the age of the dinosaurs. Thanks to an insatiable appetite in the Far East for their scales and flesh, Pangolins are sliding towards extinction.

In the Timbavati Private Nature Reserve we have one species of Pangolin - Temminck’s or Cape pangolin.

We’re dedicated in our resolve to protect the rich biodiversity that thrives in our reserve. 60% of our budget, with no help or relief from government is spent on security. Which is good news for our population of Pangolins.

Because Pangolins are solitary, secretive and nocturnal, they are rarely seen and not much is known about them or their population levels. The author who has spent years in the Timbavati has only seen a Pangolin twice since 1987.

Be sure to watch the full length documentary "Eye of the Pangolin" by producer Bruce Young, available on YouTube.