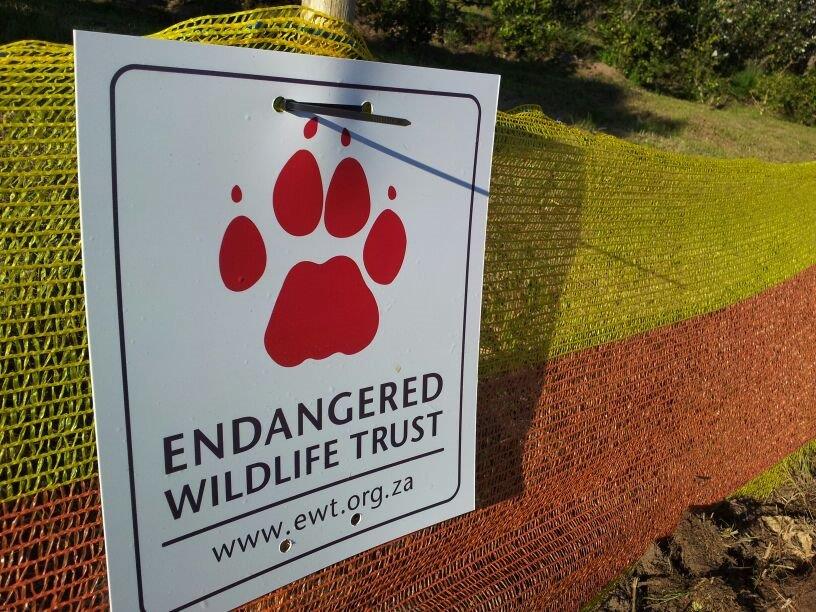 We have all accidentally collided with an animal at some point in our lives, be it a small butterfly, a bird or something larger like a kudu. Ironically, many of these deaths occur near conservation areas where animals flourish, but find themselves in harms way. While smaller species may not result in a human injury or damage to a vehicle, collisions with larger species can cause significant damage and may be fatal to vehicle occupants. An average of 45 people are killed each day in vehicle collisions on South African roads, with many of these collisions involving animals. Insurance claims suggest that approximately R82.5 million is paid each year against vehicle collisions with wild animals, though the costs of these accidents on ecosystems are hard to calculate.

What are the consequences for animals and what can we do about it? The EWT’s Wildlife and Transport Programme (WTP) is tackling this question and working hard to find solutions to the problems associated with wildlife and transport infrastructure. I currently lead the WTP and coordinate numerous research projects that examine the impacts of roads in South Africa, and ultimately, finding solutions to reduce roadkill. Many of my projects involve collaborations with stakeholders in the transport sector, as well as academia, regarding the design of future projects to reverse the negative impact of transport infrastructure on wildlife. This body of knowledge will inform the development and planning decisions of future road design, which will lessen the impact of roads on South African fauna and flora.

While roadkill is not the most pleasant subject matter, we need public support to help us protect our wildlife. If we know more about where particular species are being killed on our roads, we can put plans in place to lessen this impact. The importance of roadkill data collection and monitoring is therefore important and one way that members of the public can get involved. Their contribution is twofold: Firstly, it will greatly expand our understanding of where roadkill occurs most in the country and what species are most at risk from roads; and secondly, it will improve our knowledge of the impacts of roads so that effective mitigation measures can be applied.

I began my conservation work with the EWT’s Carnivore Conservation Programme in 2006 in northern Limpopo. During that time, I observed many animal road deaths, and in my own time, I began to conduct pilot studies to ascertain the extent of roadkill. Some alarming statistics came to light, showing how roads can negatively impact biodiversity. Eventually, my research resulted in scientific papers that were published in peer-reviewed journals as well as an MSc in Zoology from Rhodes University in 2013.

In 2013, I launched several national campaigns, which included the development of social media sites, Roadkill Awareness Days, promotional materials as well as the development of a cellphone app - “Road Watch” - to allow the public to get involved in a citizen science programme and submit their roadkill sightings. To date, almost 25,000 roadkill data points for the country have since been reported from over 200 “citizen scientists” resulting in the identification of species and habitats most at risk

Data gathered over time allows for the identification of patterns and trends. The impacts of roads will only be understood over time, since the ecological process (such as rainfall and drought) influence animal movement patterns and feeding behaviour, which in turn affects their exposure to roads and ultimately the possibility of becoming a roadkill statistic

I initiated the Roads in Parks Project in 2014 to reduce the impact of road users on wildlife in protected areas. The five-year project will ground-truth data collected via expert surveys and social media platforms in order to establish cost-effective, long-term roadkill monitoring and mitigation in our parks. In 2017 the use of pre- and post-roadkill-reduction surveys examined ways to improve driver vigilance by assessing drivers’ responses to various driver-alert-signage, measured through their response to fake (rubber) animals placed on paved roads in Pilanesberg National Park.

Early results suggest that, before signage 50% (n=1,715) of observed drivers were scanning the bush for wildlife, rather than looking at the road.  Of this 50%, 40% adapted their behaviour to ‘miss’ the fake animal. I predict that effective signage will increase driver vigilance. The next stage of the project has  commenced in the Kruger National Park in 2018.

Look out for our researcher (and wildlife!) in and around Skukuza!

I’m sure that many readers of this blog spend time in areas rich in wildlife. You can help us gather data. Send any information about roadkill to: roads@ewt.org.za or report your observation on the EWT Road Watch app (iOS or Android). Record the location, the date and the time, try to identify the species and take note of the habitat: grassland, wetland, rocky etc. Take a photo if it’s safe to do so.

*The opinions of guest bloggers are their own and do not represent the views of Timbavati Private Nature Reserve.