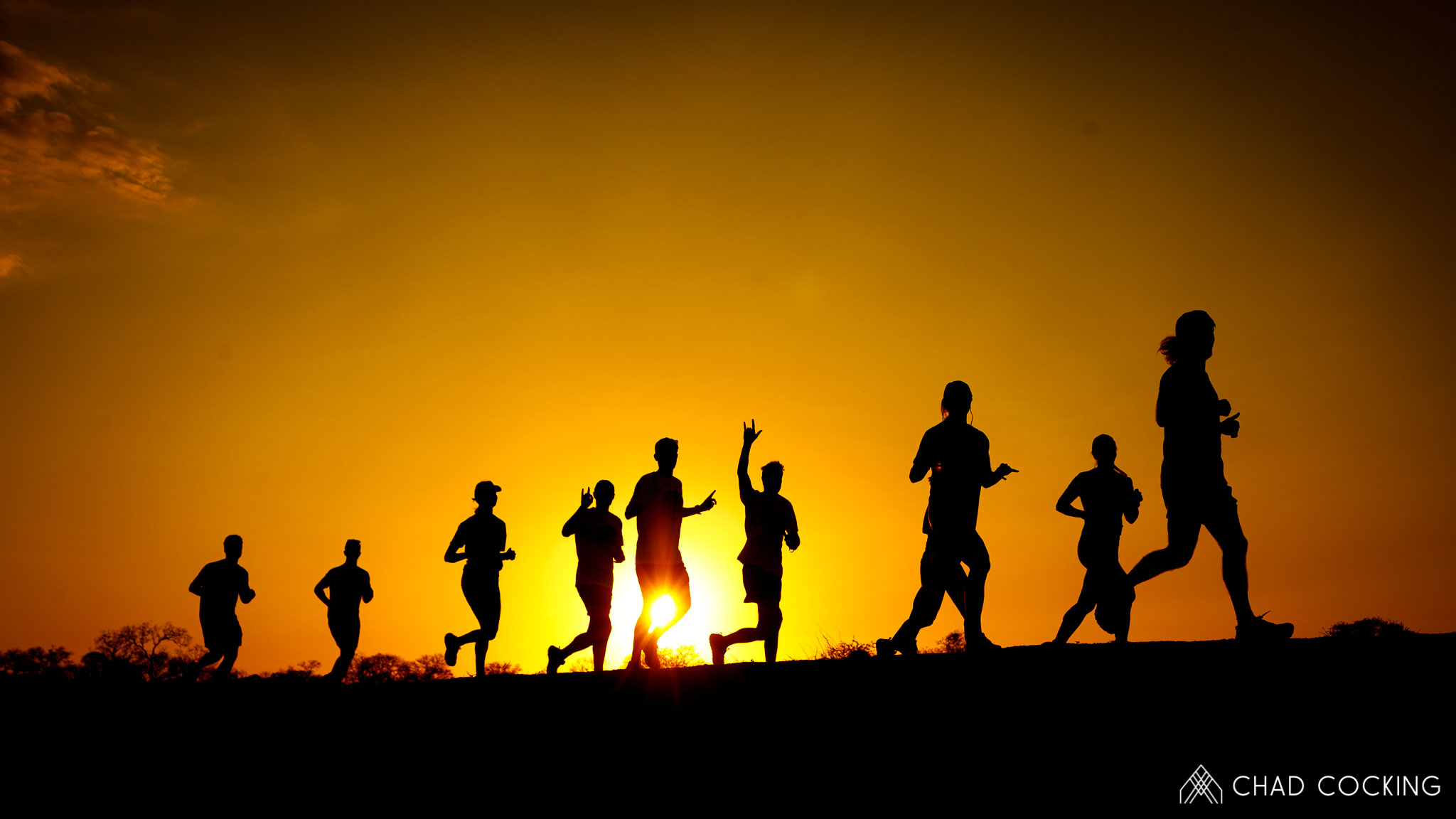 Running with the wildlife for the wildlife awakens an inner child, one that longs to reconnect with our roots. Feeling the fresh wild air through your hair, the crunching of the rugged dusty terrain under your shoes and experiencing the heart-pumping adrenaline of feeling so small compared to nature’s magnificent giants. This is the wild Timbavati, an ultimate rush of excitement, energy, entertainment, and an all-in-one magical experience.

It is the Timbavati Traverse.

With much build-up and months of planning and preparation for the first-ever ultra-marathon event in the Timbavati Private Nature Reserve, the 18th of September dawned on our doorstep. The pre-event briefing was conducted the evening of the 17th where a wholesome nutritious carbo-loaded meal was shared, incredible goodie bags were handed out which were said to be the best the runners had ever received by any event! A few important discussions were held regarding the runners’ safety and route and the evening was wrapped up with much excitement for the day which lay ahead.

Saturday early, the morning was lit with flashlights and torches, with the chilling sound of spotted hyena calling nearby really bringing about the reality that our runners were heading into the wilderness. The runners prepared themselves for a full 45km route, filled with unexpected and unknown surprises. Skipping ropes tapping, deep breaths puffing and coffee intakes flowing, our runners were ready. As the gorgeous burnt orange sun peeked over the tops of the Acacia trees, the runners lined up at the starting line, motivated by the tunnel of Pit-track K9 handlers and their canine companions, and a blank shot set the runners off on their 45km route ahead. The bus of runners was guided and led by experienced two armed trails guides, backed up by two support riders as well as a front running vehicle Landy 1 (Official support vehicle of the event).

The sun slowly shone brighter into the open blue skies, a slightly cooler breath of air kept the runners from removing their jackets, as their leg muscles slowly began to warm up. The group maintaining an average of 6min per kilometre gave them a steady pace which supported most of the runners. As the runners escaped the noise of the crowds, they were treated to the wonders of the Timbavati. Not only experiencing first-hand sightings of general plains game such as wildebeest, zebra, impala, giraffe and even a scrub hare, a steenbok, and a very rare sighting of a honey badger! Big five encounters included rhinos, elephants as well as even lions but from a far (which was probably better that way!).

Along the route, dressed-up sponsored water tables were ready and stocked with cold refreshments proudly supplied & sponsored by Oasis Water in Hoedspruit and delicious snacks put together by our sponsors Umlani Bush Camp, Tanda Tula, Rockfig Safari Lodge, Simbavati Lodges and Rudamans Nelspruit. The best waterhole selected by the runners went to Rockfig Safari Lodge who won themselves a R1000 voucher to BushPub Inn. Well done!

On route to the finish, the runners passed by the Timbavati’s famous Baobab tree which is estimated to be over 2000 years old! A tree that could tell thousands of stories including seeing the first-ever ultra-marathon in the Timbavati! Runners made history!

A great lineup was offered for our runners’ families and friends who remained behind. The smell of brewing quality coffee beans from Hoedspruit Coffee Purveyors encouraged everyone to have a cuppa and sit, relax and enjoy the line-up for the day.

We started off the day with the Timbavati Private Nature Reserve Field Ranger unit showing off their disciplined parading skills then followed by Pit-track’s K9 Unit who not only gave an informative introduction to the use of canines in wildlife security but also adrenaline pumping action of different displays on just how effective the use of canines are when used in detecting ammunition, firearms, rhino horn as well as narcotics. If that was not enough action, an incredible snake display and handling demonstration was held by Jason Stewart to allow for families to participate and appreciate these slithery creatures. Excitement filled the Graeme Naylor Museum as families were provided with a guided tour of this world-class space of wildlife exhibits.

Delicious foods from Bushpub Inn and thirst-quenching stalls had set up and offered a selection for everyone from hungry apex carnivores to selective feeder vegans and vegetarians. We hosted Wine Tap, Gin & Co. as well as the Hoedspruit Brewery who produced a wide selection of craft beverages and unique ways of enjoying selected favourites from tap making it an extra sustainable way of reducing waste.

After runners were out on route for just over 5 hours, their arrival was welcomed by many cheering fans, family, friends, and the Pit-track canine unit. A tough 45min route still managed to put the biggest smiles on the runners’ faces as they just experienced the first-ever ultra-marathon within the wild Timbavati. Celebrations were had as everyone enjoyed the sweet sounds of live music by talented John Masser followed by an exciting raffle. Prizes ranged from training courses, fun boat trips on the Blyde River and horseback safaris to healthy tonics and gin & wine hampers. Fantastic prizes all generously sponsored.

The incredible prize of a two-night stay at Kings Camp Lodge for two people was won by Justin Naylor who managed to raise R56 900.00 for Timbavati’s wildlife.

Prize giving concluded the event which was a little extra special celebration that none of the runners had expected. The trophies were locally hand-made and sourced from within the Timbavati’s neighbouring community areas. Our event aimed to uplift as many local beneficiaries as possible to make this event not only socially responsible but also beneficial to those who depend on our wildlife areas to survive.

Without our runners, sponsors, support riders & teams, photographers, videographers and other partners, our first-ever event would not have been as successful. We were able to raise a total of R426 000.00 which combines donations raised as well as income generated from entries and water points. We are proud to say that 100% of donation funds will be going directly back into wildlife security of the Timbavati Private Nature Reserve.

We have the following companies & people to thank for their generosity:

With the huge success of the 2021 event, we are excited to announce that we will be hosting another ultra-marathon run as well as a half-marathon walk in 2022. The date to be announced in November 2021.

Thank you again to all those involved!