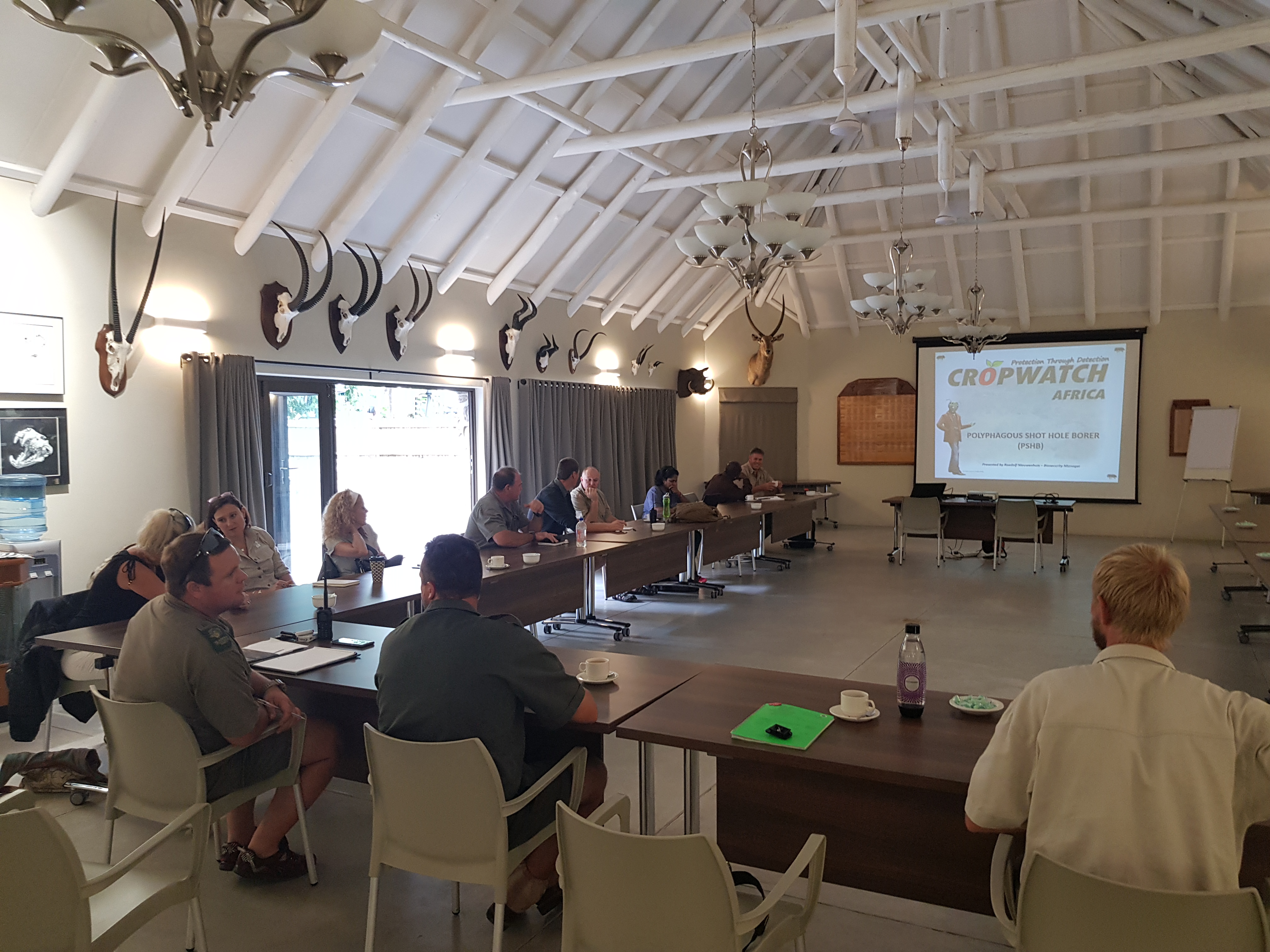 With the recent outcry around the devastating effects of a little sesame seed sized beetle, managers within the Greater Kruger Landscape are recognizing that something needs to be done and quickly before it is too late.  The Polyphagous Shot Hole Borer Beetle (PSHB) (Euwallacea fornicatus) and its partner in crime, the fungus Fusarium euwallaceae, have a unique symbiotic relationship, causing conservationist and researchers many sleepless nights trying to prevent this tiny beetle and its fungus friend from destroying our countries natural biodiversity heritage.

The PSHB, native to Southeast Asia, first landed on South African shores in 2017, attacking host trees in the KwaZulu-Natal National Botanical Gardens in Pietermaritzburg.  Since then is has been reported in various towns and cities across South Africa, slowly heading towards the Greater Kruger National Park

Female beetles bore into the branches and trunks of trees creating tunnels, otherwise known as galleries, where they lay their eggs.  Adult beetles and their larvae depend on the fungus for food.  This fungus is carried by the female and grown in the galleries of host trees.  While this fungus definitely aids the beetle’s survival, it is really damaging for the trees as it clogs vital water and nutrient conducting tissues!

Today, both private and public sectors united to ensure we remained one step ahead of this potential biodiversity assassin.  Protocols, awareness campaigns, communication strategies and monitoring systems were all addressed, paving the way for the implementation of a united strategy to stop this invader in its tracks.