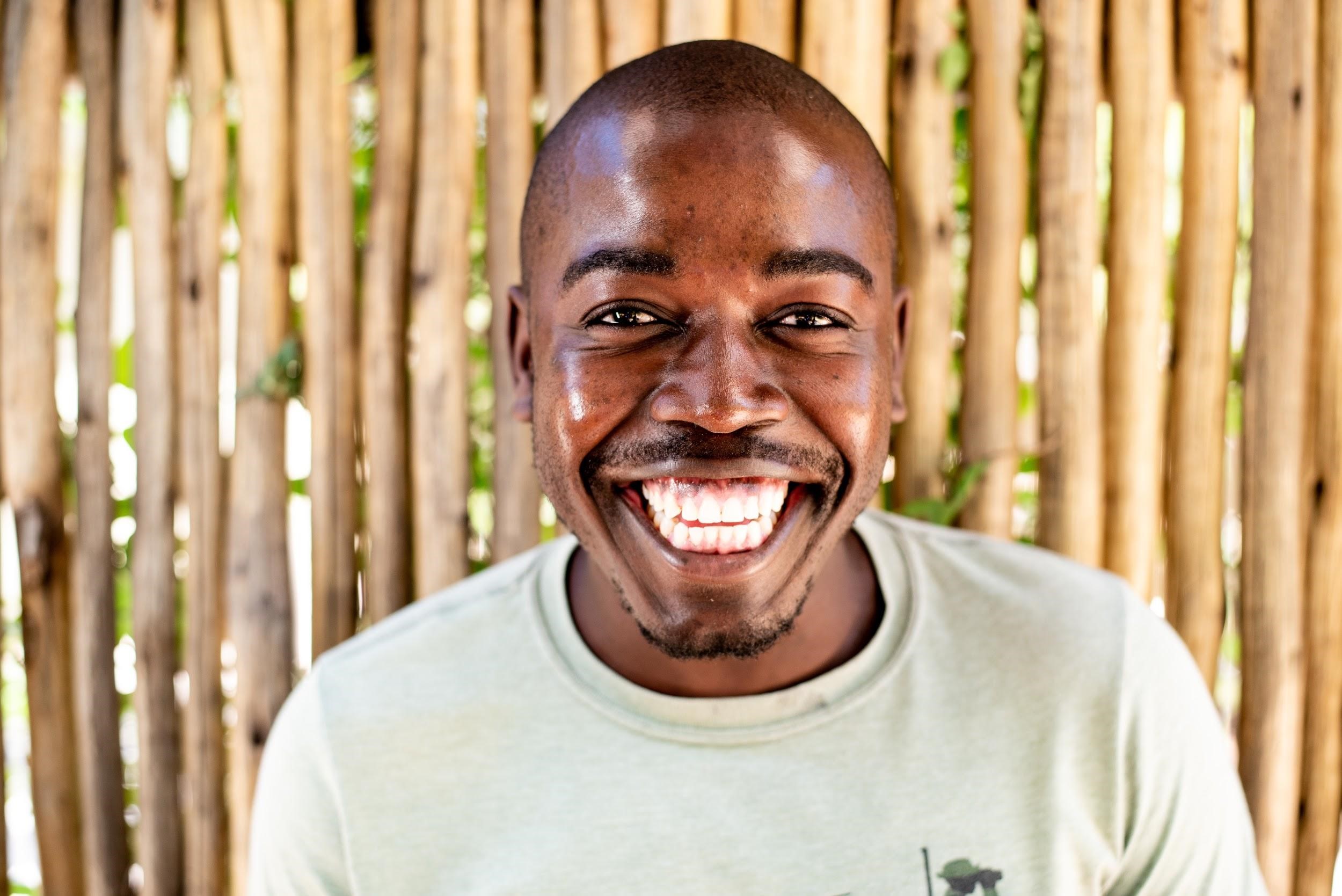 Guest Blog: The “Future” of Conservation: The Future Rangers Program

As a boy, I grew up next to the world-famous Kruger National Park, South Africa. On weekends and during school trips, I visited the park, always in awe one of one of the largest conservation landscapes in Africa. Visiting the park was especially meaningful when I went with my parents. They knew to stop at every single wildlife sighting for me, so I could take in everything from impala eating grass to cheetahs chasing prey. For my ninth birthday, my parents surprised me by not exiting the park gate at closing time, but actually booking us into Berg en Dal camp. We spent the night in a bush chalet where the sounds of lions and hyenas “sang” me to sleep.

The following weekend we visited my parents friends at a private reserve. Here I met two field rangers, who offered to take me (a nine year old boy) for a short walk around the lodge. This would turn out to be a life-changing walk. We found fresh lion tracks, watched hippos lazing away in a nearby pool, and had a standoff with a Mozambique spitting cobra. However, the most impressive thing to me, was the rangers. I couldn’t help but notice the way the rangers carried themselves, their knowledge and passion for the African bush sparked something in me that never died.

Shortly after that experience, I moved to the USA with my father and sister. Nine years later I was living in Hawaii, completely lost and miserable (surprising, I know!) without a clear purpose in life. But while sitting on a beautiful beach in 2008, I heard the distant sounds of Africa calling me home. I returned to South Africa and worked for six years at the incredible Southern African Wildlife College. The College trains and equips conservationists, rangers, and managers from all over the world with the tools and knowledge needed to protect and conserve wildlife. During my time there, I was mentored by a legendary man named Martin Mthembu, who shaped the course of my life, and the birth of the Global Conservation Corps.

Martin was born in apartheid South Africa where he had no opportunities, no rights, and no future. He grew up in a rural part of the Underberg in Kwa-Zulu Natal. Martin’s father passed away when he was young, so as the oldest of his siblings, he needed to provide for his family. Martin became a soldier. He went and enlisted—it’s one of the few things a black male could do back in the day. He joined the 111th Battalion, where he fought for a country that didn’t even recognize him as a complete citizen.

When Martin came out of the military, he took his skills and started training rangers. He got involved with the people on the ground, because he truly believed that the future of Africa’s wildlife belonged to the local people. A man ahead of his time, he sensed that there had to be ownership and direct benefit for the people living in close proximity to wildlife. Martin taught me so much about the value of involving communities, especially youth, and why we need the young people of South Africa to get behind conservation. Not only did Martin save my life three times—twice from lions and once from a black mamba—he changed the way that I saw conservation.

In 2014, Martin tragically passed away. That was the impetus for starting up our nonprofit; the Global Conservation Corps (GCC). Our mission statement is conserving wildlife through the education, development, and training of people. Poaching is not a wildlife issue—it’s a human issue. It’s a symptom of a much bigger human condition that we find ourselves in.

Disappearing rhino populations are just the tip of the iceberg. The plight of the rhino is an early warning for the direction we as humanity are headed - complete failure to co-exist with our fellow species. Elephants, lions, pangolins, reptiles and even plant species are being killed and shipped around the world as part of the illegal wildlife trade. The demand from Eastern markets are capitalizing on the millions of impoverished people living next to places like the Kruger National Park (where more than half of South Africa’s wild rhinos are located), to illegally enter the reserve and kill species for financial gain.

While there are many aspects being addressed right now to combat poaching in South Africa, one aspect that has been historically overlooked is the investment in the people living along the edges of our parks. The international community has poured in millions of dollars into equipping rangers, funding helicopters, increasing technology and raising awareness (all rightly so), but where is the economic investment into the people and their communities where the poaching often originates from? I had an exceptional conversation with a tribal chief a few years ago that summed up this untenable situation.

The chief said to me: “The rhinos have everything. They have soldiers, helicopters and dogs to protect them, they have water and food when there is drought, their poaching story is being exposed throughout the world, and the international community pays thousands of dollars to see them. I cannot even remember the last time myself or my family saw a rhino”. The chief went on, “But what about us; the people living on the outside of these reserves? We see thousands of people racing past our villages every day, without ever stopping to hear our stories.

We don’t have running water. Our education system is poor. There is a major lack of job opportunities. We are living in poverty. So why should we care about rhinos, or even why poachers kill rhinos? There are not many options, and if your children were hungry, then what would you do to make some extra cash?

This conversation opened my eyes to the value of investing in our people. While there are so many incredible organizations focusing primarily on wildlife, GCC takes a slightly different approach by investing in and educating local people first. Our main focus is the Future Rangers Program, in partnership with the Timbavati Foundation which connects the youth (and in turn, the community) to our shared national heritage - wildlife. The majority of South African youth have never seen wildlife because of the relatively high costs of getting into a national park and organizing the logistics of a vehicle to get into a park. No mega-fauna exists outside of fenced reserves in South Africa anymore, and if you want to see iconic species like lions, elephants or rhinos, you need to pay.

The Future Rangers Program hires a qualified local facilitator to become an environmental educator. We partner the facilitator up with a school, where daily conservation curriculum is taught to students. Each school has between 400-500 children, all of which receive a targeted conservation lesson plan once a week. The age of the learners spans throughout their schooling career (ages 5-18), enabling their passion and knowledge to be built from a very young age. The top learners in each class receive rewards for their hard work which includes; game drives, trips to wildlife rehabilitation centers, experiences with actual rangers, and leadership camps for the older learners.

The top graduates from high school are granted conservation specific scholarships to pursue careers in the various fields of conservation including guiding, hospitality management, reserve management, wildlife guardianship or environmental education. The best learners eventually have the opportunity to become a Future Rangers Facilitator themselves, completing the life cycle of the Program. In summary, we are able to create local jobs through employment, while reaching and influencing the next generation of South Africa’s leaders and decision-makers.

The short term goal of the Future Rangers Program is to perfect the model in South Africa. We have partnered with nonprofit partners and investors to impact as many schools, learners, and communities as possible with our education program. Once the model has been fine-tuned, we will be looking to expand the Future Rangers Program throughout Africa, and eventually the world.

There are thousands of communities around the planet (in both developing and developed countries) where endangered wildlife exist but are totally disconnected from the people who live closest to them. It is our global vision to connect the youth with wildlife, to restore the intrinsic value of conservation, while working together to create both economic opportunities for people, while promoting the continued existence of wildlife.

We do however realize that while we need to look at a long-term solution, we need to support the people on the ground right now. For the last 4 years, GCC has been producing a conservation documentary called RHINO MAN. This film highlights the massive role these conservation heroes play in protecting our national heritage. While many other documentaries primarily focus on the rhinos, we focus on learning more about the rangers, their families, duties, dreams, and risks they take on a daily basis.

The goal of the film is to raise international awareness for these rangers. The majority of the filming has taken place at both the SA Wildlife College and at the Timbavati Private Nature Reserve (TPNR). We have filmed some incredible moments with the TPNR’s APU (anti-poaching unit) over the last 4 years, and cannot wait to share this film with the world. We are currently talking to the TPNR Management to host a private screening for all TPNR members, in early 2020.

Lastly, GCC has partnered up with Garmont, Tissot and a few other key sponsors to provide rangers with the vital equipment they need in the field including tactical watches, field boots, hydration backpacks and other various equipment. Earlier this month, we presented the rangers with the first shipment of boots. Needless to say, we had smiles all around.

We would like to extend our sincere thanks to both the TPNR and the Timbavati Foundation for their support in welcoming GCC into their family. We look forward to long-term success working together. We have one planet, and it’s going to take one unified voice to maintain and protect the world we love and need.

Matt is a passionate conservationist who has seen the need for future investment in the lives of the young children living adjacent to the wildlife reserves. He believes that through instilling a conservation passion into local people, both wildlife and communities will be protected.