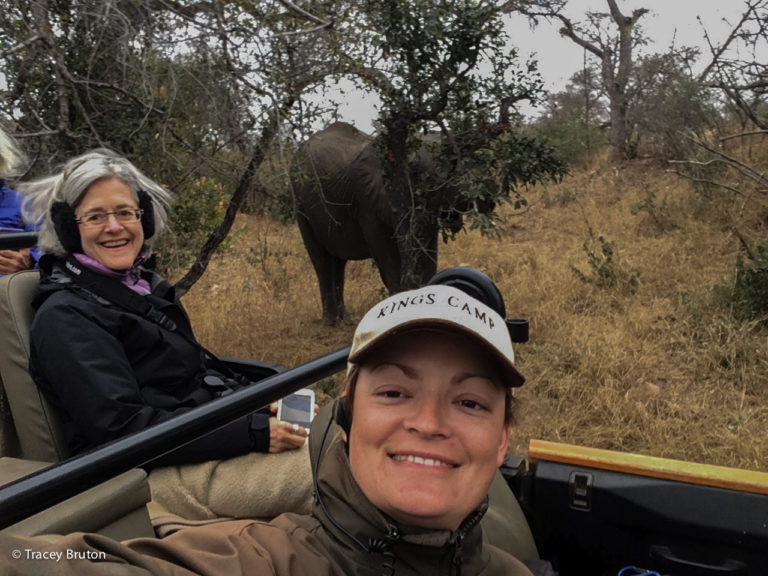 Tracey, the newest field guide at Kings Camp gives us a glimpse into her first few weeks guiding within the Timbavati.

After working in reserves such as the Pilanesberg National Park and Thornybush Nature Reserve for several years, Tracey heard about a vacancy for a female guide at Kings Camp. She had heard numerous stories about the Timbavati Private Nature Reserve. The animal life was diverse and the overall landscape holding such beauty.

She describes her new Kings Camp team as genuinely good people who she is honoured to call her friends. They welcomed her with open arms from day one and helped her find her feet.

The guide and tracker team relationship is an extremely important one, and Tracey has been fortunate enough to be paired up with Albert. He boasts an incredible knowledge of the traversing area as well as the local wildlife. After 16 years at Kings Camp, this almost goes without saying.

With several resident leopards practically on their doorstep, the game viewing has not disappointed. In her first week, Tracey was treated to a sighting of three different leopards. All three leopards were within 100m of each other, all on separate kills. That’s a pretty spectacular game drive for any experienced ranger, let alone within your first week.

The elephants in the area appear to be fairly comfortable with the game viewers, feeding around the vehicles and slowly sauntering past. Often without so much as a glance towards the peering eyes watching their every move. In contrast, the calves are far more animated and full of energy. They flare their little ears at the vehicles and hurtle through the bushes in an act of intimidation.

Tracey describes the night drives as extremely active. Her guests have viewed an array of creatures such as the African wild cat, jackal, genet, honey badger, bushbaby, spotted hyena and owls. When back in camp, guests are still spoilt with further sightings. Often, several buck jump over the electrical fence to graze the lush green lawns.

As well as the larger game, Tracey has a keen eye for the bird life. Her bird list is already sporting over 100 species. Kori bustard, pearl-spotted and African barred owlets, Southern ground hornbill and African harrier hawk are only a few on her ever-expanding list.

When not navigating the game viewer, Tracey will be out on bush walks. She describes these walks as one of her favourite pastimes. The ability to exercise in the outdoors whilst slowly and quietly inspecting animal tracks is a unique experience. The tranquil surroundings enable you to utilise all your senses and fully experience the bush in its truest form.

Tracey is already calling Kings Camp her home, describing it as a magnificent piece of Africa.

Here are a few pictures capturing Tracey’s first few weeks. To find out a bit more about her experience so far, continue reading her blog featured on the Kings Camps website. 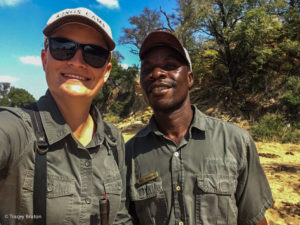 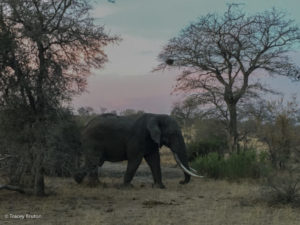 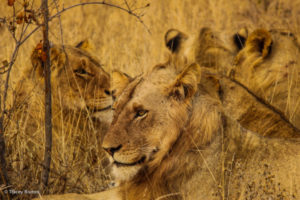 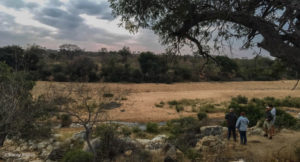