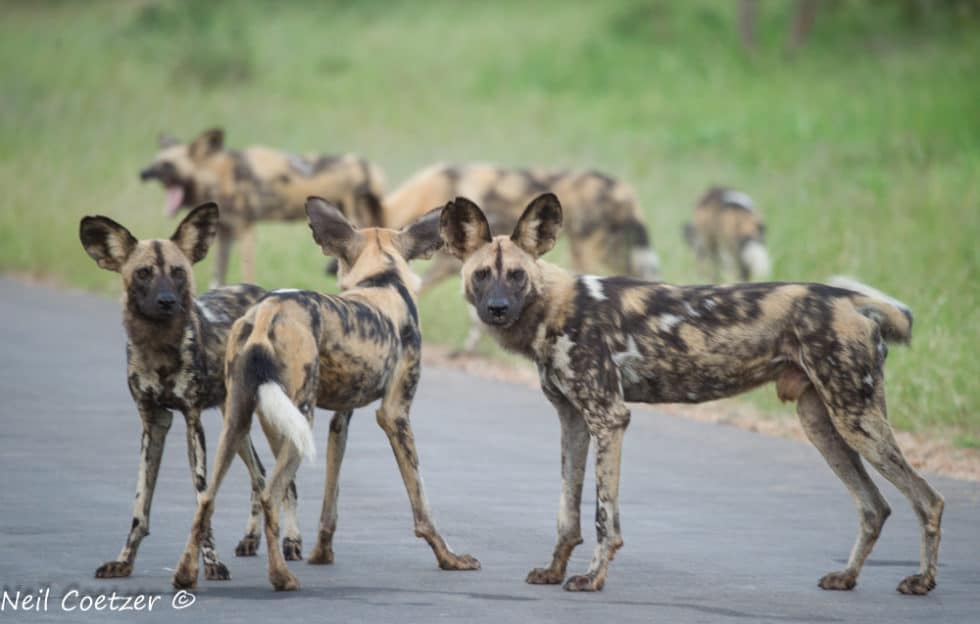 African wild dogs are becoming one of the more requested sightings amongst safari-goers. Their elusiveness within the bush is making them a priority for most guests when on game drives. Also know as the African painted dog, these speedy creatures are slowly decreasing in numbers. As a result, sightings are less common. In their latest blog post, The Focus Online Team from Kings Camp cover several interesting topics concerning the African wild dog.

The African wild dog is a truly beautiful creature. They are only found in a select few of the game reserves in east and southern Africa. It’s the second rarest carnivore on the continent next to the Simian wolf with sightings of these speedy dogs being fairly rare. Being in the right area, at the right time is advantageous. Similarly, being accompanied by a knowledgeable, experienced guide will definitely improve your chances.

It is a sad fact that African wild dogs are seen as been extinct in 23 countries in Africa. The estimated population in Africa ranges between 3000 – 5000. As a result, such figures have led the wild dog to be one of Southern Africa's most endangered large carnivores. Researched started in 1989 has shown fluctuating figures within the Greater Kruger area with initial findings showing less than 200 dogs. Thankfully present day research shows around 400 being recorded.

The best places to see wild dogs in Africa

The Timbavati Game Reserve is very fortunate to be one of the best places within Southern Africa to see wild dog. Along with the Kruger National Park and surrounding Sabi Sands. Sightings of these animals can also be seen at the Linyati Concession in Botswana and Madikwe Game Reserve in South Africa. Furthermore, Hwange National Park in Zimbabwe and South Luangwa in Zambia all also have healthy wild dog populations.

Seeing a wild dog kill is definitely not for the faint hearted. After an often lengthy pursuit of their prey, the dogs will rapidly devour their kill in a frantic frenzy. Hunting in packs, wild dogs can chase their prey for over several kilometers at a time. As a result it can be seen as survival of the fastest and the fittest.

These animals are extremely social. They live in packs that are made up of distinct dominance hierarchies for males and females. Once mature, it is the females as opposed to the males that will depart from the pack. Another interesting fact being that it is the young who are permitted to feed first once a kill has been made. This is unlike many other carnivores.

With hunting habits that require open plains, wild dogs are generally located in barren areas. They will usually stay clear of forested areas. Such terrain will hinder their chase and obstruct their vision.

The South African Red Data Book lists the wild dog population as ‘specially protected’. Attempts have been made to reintroduce these animals into other regions. Success however, was only achieved in two instances. Numbers within the Kruger are around 375-450, yet they are constantly under threat. While lions and spotted hyenas play a part in the dwindling figures, numerous fatalities result from shootings and snares outside of park boundaries. 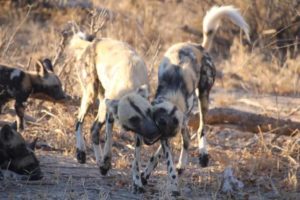 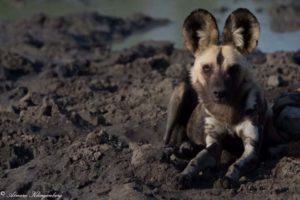 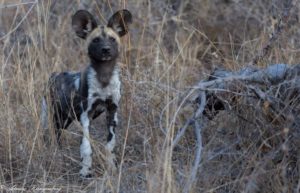 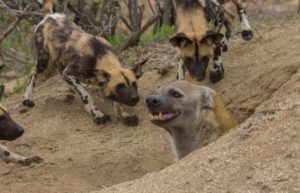