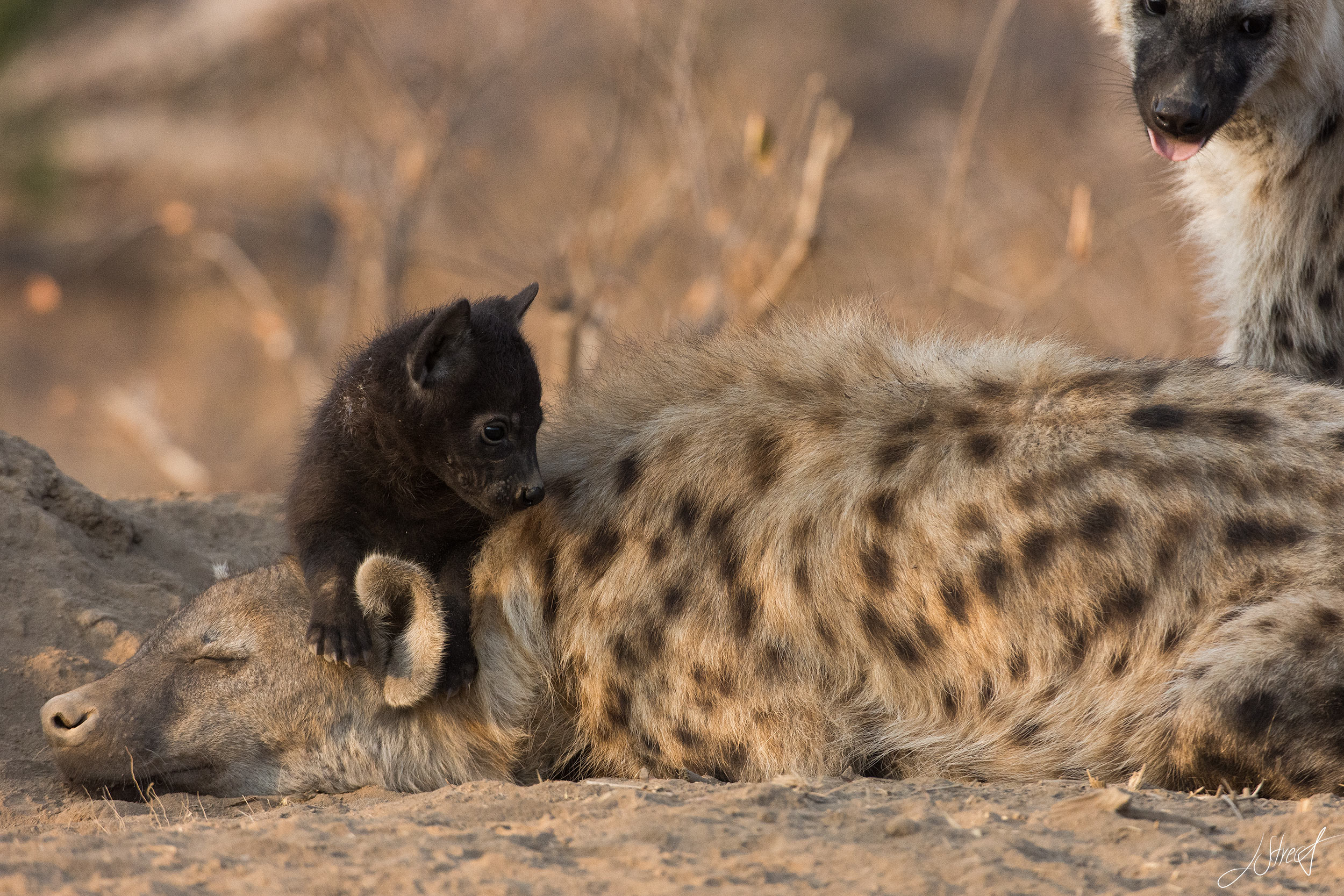 Spotted hyena cubs are born almost completely black, a round ball of blackish/brownish hair and resemble a baby brown bear cub. However, hyena cubs are unique as they are born not only with their eyes open but also with canine and incisor teeth. These cuddly balls of fur are not quite as cute as they may look. The cubs have been known to attack one another shortly after birth, mostly in same sex litters and can lead to the death of the weaker cub!

Over time, the black fur of the spotted hyena cubs takes on a lighter brown shade and then slowly, the animal will start to develop spots. The colour of the adult animal’s fur varies from one individual to the next, but it also changes with age. Generally, the mature spotted hyenas have a base color that is a greyish brown with areas of yellow upon which irregular sized and shaped spots appear that are either dark brown or have a reddish tinge.

At first glance, it would appear that hyenas are related to dogs rather than cats, but in fact the opposite is true. Hyenas are more closely related to cats, even getting hairballs just like domestic cats! However, in reality they are not actually related to either of these animals and have their own unique family group - Hyaenidae. 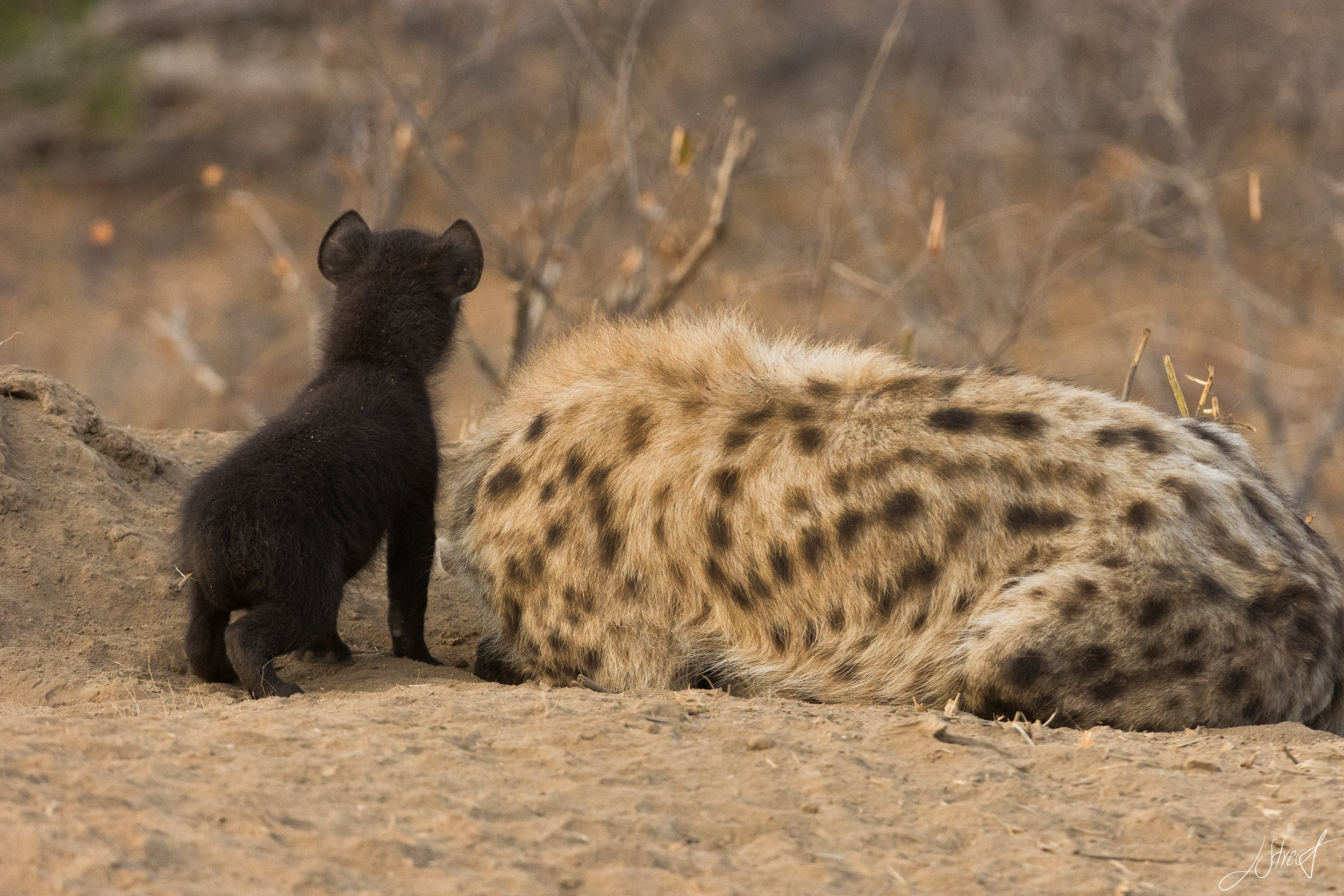 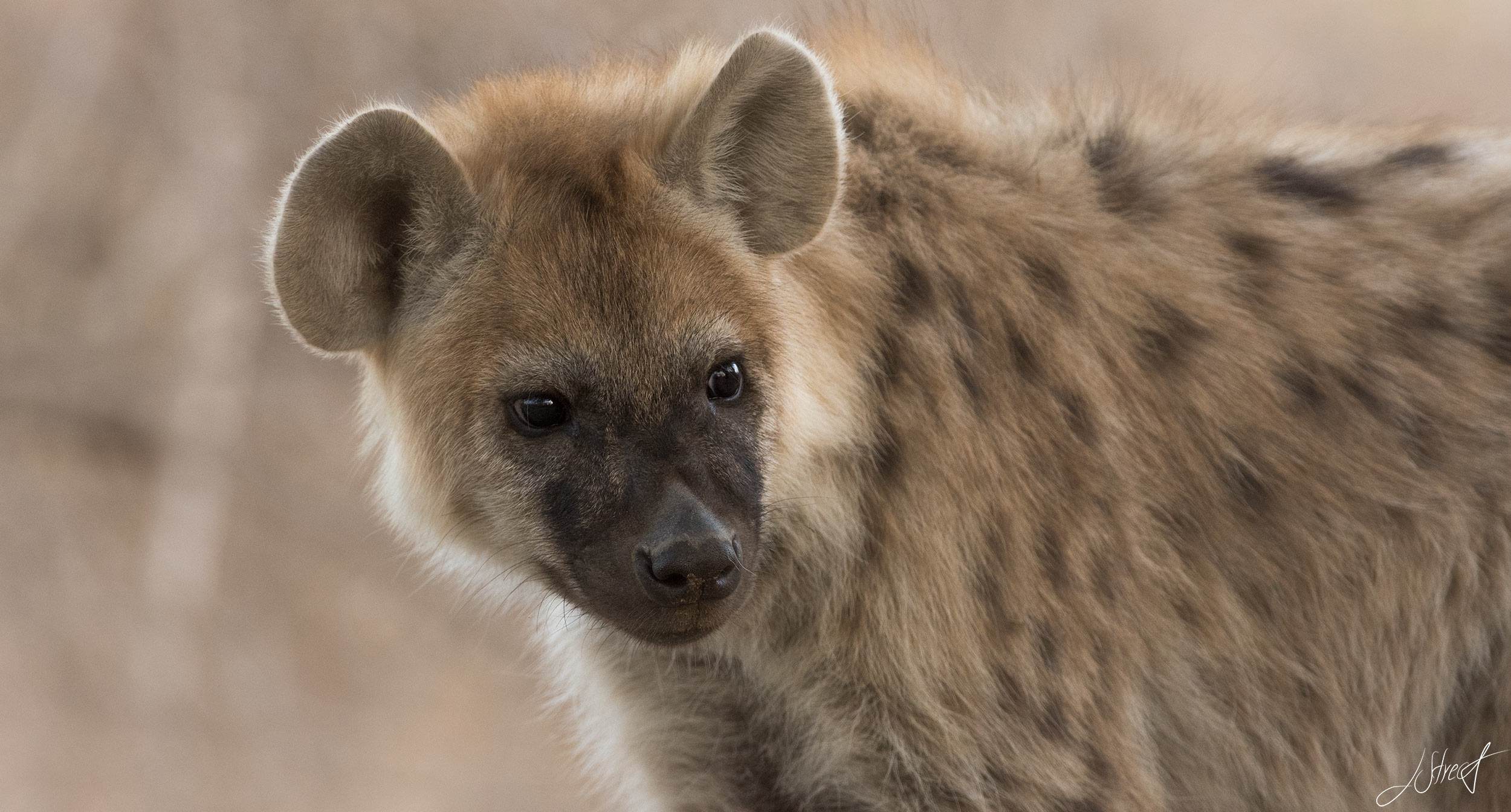